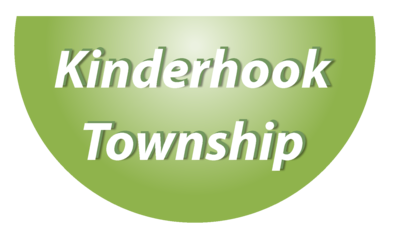 The township of Kinderhook is what is known as a fractional township, comprising but twenty-four sections, and lying on the southern border of the county on the Indiana line.  It was originally a part of Ovid Township, but the residents of the township being ambitious to form an individual organization, the portion now embraced in Kinderhook was set apart as a distinct township, with a separate civil government in 1842.  There are various speculations as to the origin of the name.  The correct facts having been given by one of the older residents, who held an official position at the time, can be vouched for.  The Van Buren presidential campaign was then at its height.  A bill was presented to the Legislature praying that the portion of Ovid Township set apart as a new township be granted a name.  Several names, some of them more or less absurd, were proposed and voted upon, when one of the members facetiously suggested Kinderhook, the birthplace of Martin Van Buren, as not only appropriate, but as a happy compromise.  Viewing the matter in a humorous light, the name was voted upon and unanimously adopted, and has since been borne by the township, though the result of the merest accident.  The impression, which has obtained some degree of popularity, that it was called by some of the early residents after their native village in New York State is, therefore, an erroneous one. ​